What do Fingerprints, Snowflakes, and the Human Brain have in common?

What do Fingerprints, Snowflakes, and the Human Brain have in common?

Here’s a quick challenge for you: What do fingerprints, snowflakes and the human brain have in common?

If you said that each is unique and different, you’d be correct!

No two sets of fingerprints are the same. Each person’s designs (even identical twins) fall into three main categories (with several subcategories) and have variations in them that help us distinguish one person from another. Even though some people’s fingerprints may look similar, there are ways of telling them apart on close inspection.

No two snowflakes are the same. Even though they all fall into one of eight main categories (and 40 subcategories), they end up with some differences when looking at them microscopically due to factors like temperature, humidity, and what they bump into on their way to the ground! No two human brains are the same. Even though they all have the same parts and functions, our DNA from each parent influences how our brains start out. Over time, our brain actually changes due to the experiences we have!

Since everyone's brain is different, we must all have different ways of learning, remembering, thinking, feeling, etc. What works for me might not work for you -- and what you struggle with, I might not have any trouble with! There is no "correct" brain or "normal" brain, because all brains are different.

"Over the course of years, every person develops a completely individual brain anatomy. With our study we were able to confirm that the structure of people’s brains is very individual. The combination of genetic and non-genetic influences clearly affects not only the functioning of the brain, but also its anatomy."

- Dr. Lutz Jancke, Professor of Psychology at the University of Zurich (Source: https://www.irishnews.com)

The scientific name that explains how our brains are all different is NEURODIVERSITY. The prefix "neuro" refers to the brain & nervous system, while the root word "diversity" means different!

Take 77 seconds to watch the first video entitled, "What is Neurodiversity?" on the left and think about what it is trying to teach you about each of our brains. Write down any questions or disagreements you may have with the video.

Next, spend less than five minutes watching the second video entitled, "We are all different." This video describes one way that someone can be neurodiverse. Cole tells us his main message towards the end of the video when he says that we don't need to try to find a cure for autism (or any neurodiversity). Instead, we all need to embrace our differences and appreciate the gifts and talents that we have, rather than focus on the challenges we deal with. Everyone is different, and that is awesome! So, how are you "different" from most of the people in your life?

Dealing With Self-Harm and Aggression 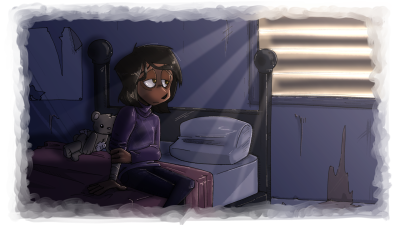 Dealing With Self-Harm and Aggression

Self-harm and aggression are unfortunately common in people with disabilities, especially following an upsetting circumstance or situation. It can be incredibly frightening for both the person and their family. Read on to find some resources and next steps when dealing with self-harm and aggression.

Before we talk about how to handle situations when they arise, it’s important to understand a little background information, presented through several studies. It’s also important to remember that people with disabilities deserve to have control over their own bodies and should be respected above all else.

Prevalence: Self Injurious Behaviors (SIB) or self-harm is described as any behavior that is considered injurious to one’s self and is incredibly frightening for the person with the disability and their loved ones. It occurs in roughly 7%-23% of the disability population, particularly in those with an Intellectual Disability (ID), though the rates are much higher in populations of people with significant disabilities, reaching almost 73%.

Causes: There are many studied causes of SIB, but more research needs to be conducted in many areas in order to fully understand why SIB occurs and how to prevent it. Some causes that have been identified so far include sensory issues, lack of control or a feeling of a lack of control, feeling unable to express emotions of anger or frustration, and other factors such as exposure to dangerous bio-chemicals, history of abuse and certain genetic disabilities. It’s important to remember that there is always a cause to the SIB, and it’s no one’s fault when it occurs.

What can I do if my child is engaging in self-injurious behavior, self-harm or aggression towards others?

Research has been done on the various interventions ranging from psychotherapy to diet and vitamins. Below are some methods shown to be helpful in reducing SIB long term.

Always remember that there is no fault associated with self injurious behavior, self-harm or aggression. Finding out the root cause of the issue can help you better identify how to intervene in the moment. Stay calm and help them use their strategies or coping mechanisms. It’s also important to remember that learning new strategies is hard work and may not be successful the first time. Keep at it, the more time you invest in understanding your child, the easier these situations will become to handle and the less likely they will be to occur.

IEP&Me has submitted a proposal to present at SXSW EDU in March 2022. We need your vote to show the panel that student voice is needed in the IEP Process!

We’ve submitted a proposal to help participants Increase Student Voice and Transparency in Special Education. Learn more about our session by clicking here.

Participants will be able to understand the IEP document and use it as a foundation for conversations with students & families.

Participants will learn strategies to provide, or advocate for, ways for the whole IEP team to have easy access to student accommodations & goals.

Participants will understand the purpose of student-led IEP meetings and know how to differentiate implementation by age & ability levels.

Click this link. Create an account and then vote “up” our session! Share this link on your social media page and ask your friends and family to vote as well! VOTING ENDS AUGUST 26TH!

Invisible Weights - The Importance of Diagnosis 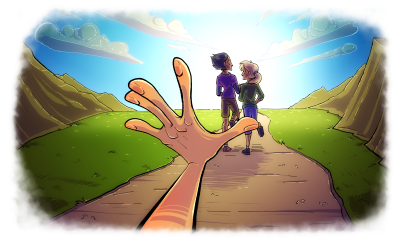 Invisible Weights - The Importance of Diagnosis

Going through school with an undiagnosed disability is like running a race with invisible weights strapped to your ankles. You run as hard and fast as you can to stay with the rest of the runners, probably even harder and faster, but while the rest of the runners aren’t breaking a sweat, you’re out of breath and on the verge of collapse.

“But those weights will surely make you stronger,” I hear many parents say, trying to find a silver lining on behalf of their struggling child.

However, you don’t know the weights are on your ankles. When you look around, you decide that the reason you’re struggling must be a result of your inadequacy. The weights can make you stronger, build resilience and character, but what’s the purpose of such an exercise if it’s not being utilized properly? In order for that child to thrive, they first must see the weights.

I was diagnosed with ADHD, depression, and a severe anxiety disorder at the age of 21. I had gone through all of my schooling up until that point with weights strapped to my ankles, while being told it was my own fault if I wasn’t as fast as the rest. As far as my parents and teachers were concerned, I was a good student. I got good grades, I was polite to teachers, and I didn’t misbehave. What they didn’t see, however, was how I would break down crying in the bathroom between classes, how I had to dig my nails into my bloodied palms during class to distract myself from overstimulation, and how I regularly contemplated sticking needles into my ears so that I couldn’t be bothered by frightening noises anymore. The worst part of it all, though, was the fact that I couldn’t see the weights. I thought that, above all else, I was a failure because I struggled so much to do what my peers seemed to do effortlessly. What good am I as a person, I thought, if I can’t even sit still in a classroom without buckling into a panic attack?

By the time I was diagnosed, medicated, and accommodated, I only had one semester of college left to go. I wasn’t expecting such a radical difference in my experience, but that final semester was far and away the best one in all my years of education. I no longer struggled to stay in the classroom, I could ask questions and get involved in subjects I didn’t even care about (which was a foreign concept to me until then), and I didn’t have to take absences out of fear that I would intentionally crash my car on the drive home. I got straight A’s in all my classes, and my senior thesis, a short animated film, was voted best in show at the end of year presentations. Despite this, I don’t feel pride when I look back at how well that last semester went for me. Instead, I feel disappointment at how much easier my schooling experience could have been, and how much I could have accomplished if someone had told me about the weights sooner.

The weights did make me stronger. I’m resilient, introspective, and empathetic in ways I wouldn’t be without them. But, I’m also tired. Decades of telling myself that I’ve failed as a person don’t go away overnight, no matter how I try to prove the opposite. I can’t help but mourn for all the happiness I missed out on, on all the confidence I’d have now if I didn’t have to fight tooth and nail to hang onto scraps, and for a childhood that didn’t make me feel like a burden.

A diagnosis doesn’t make the weights go away. It does, however, tell you they’re there. What you and your child can do after that is up to you, whether you medicate, go to therapy, seek accommodations, or even just talk about what it means. No matter what, though, you can’t begin to work with a problem that you don’t know is there. Disabilities can even be a benefit to children in unique ways, and give them unique strengths. For example, ADHD has a fun little side effect called “hyper-fixation” that allows a person to, as the name implies, hyper focus onto a particular task, and usually allows them to perform that task very quickly, efficiently, and diligently. I have learned to utilize this tool myself in my freelance work, which allows me to complete work for clients in days that may take another artist weeks. I was only able to do this, though, through the use of appropriate therapy and medication, which can only come after the proper diagnosis.

Children with disabilities can and will thrive when they have the right tools at their disposal. You as a parent are not stifling or discouraging your child by getting them diagnosed, and a diagnosis is not something to be feared. It is far more dangerous to run with those weights without knowing about them, than to be told they’re there so you can use them to your advantage.

← PreviousNext →
IEP&Me uses cookies for analytics purposes. By continuing to use this site, you agree to the use of cookies.